Last fall, Nestor Salinas and Rodrigo Vilches completed their first GFNY World Championship race in their native Chile. This century ride is one of several races around the globe for passionate cyclists to test their limits and set a personal best. Both Nestor and Rodrigo represented their home country well, with Nestor finishing second overall in a field of more than 1,500 riders. Not to be outdone, Rodrigo earned second place in his division and finished 24th overall.

GFNY opened their 2018-19 season on May 27th with their first ever race in Poland. Coincidentally, Nestor would be in Warsaw at the exact same time, leading a Spinning® marathon ride at the Go Active Show—Poland’s largest fitness conference. Faced with the prospect of competing in another GFNY race, Nestor simply couldn’t pass it up.

“Couple of days after my presence was confirmed at the Spinning® event in Warsaw, I received a newsletter from GFNY,” Nestor recalls. “And surprise, surprise! The first edition of GFNY Poland was taking place just after teaching Spinning®! This was an incredible opportunity to add a new experience, so I didn’t hesitate to sign up. It’s really cool when you can teach Spinning®, share with the local community and do some road cycling all in the same visit.”

Held in the coastal city of Gdynia, GFNY Poland would be much different than the competition in Chile. While the race last fall twisted around the arduous hills of Chile’s wine country, the course is Poland was slightly shorter and much faster, featuring rolling hills and a long descent toward the end. And while there were fewer riders taking part in Poland than in Chile, the opposition in Gdynia would be fiercer, with many of the cyclists representing sponsored teams.

Even though he was facing a different set of terrain and challengers, Nestor did not have to alter his training or his Spinning® classes very much. As with his race last November, he used his Spinning® classes to actively recover from his outdoor training. At the same time, he motivated his students to pursue their own personal records at events like the century ride.

“Last year, I was really focused on increasing and improving my stamina and fatigue resistance,” Nestor says. “This year, I began lifting and extending power at functional threshold and at maximum aerobic intensity, like ‘edge training.’ Ouch! When you mix the above training with proper rest, adaptation occurs, and you start to become really, really strong. It’s awesome how you can actually see and feel how the body changes from one way to another and – even better – track all this over time.”

One of the race’s biggest obstacles took place in the in the first 10 kilometers, with a climb that ascended out of Gdynia. The rolling hills that followed prevented any big breakaways from happening. But at the 50-kilometer mark, Matthais Van Aken of Belgium took off. Nestor kept up with Van Aken, alongside local riders Tobiasz Kulikowski and Szymon Kufel. 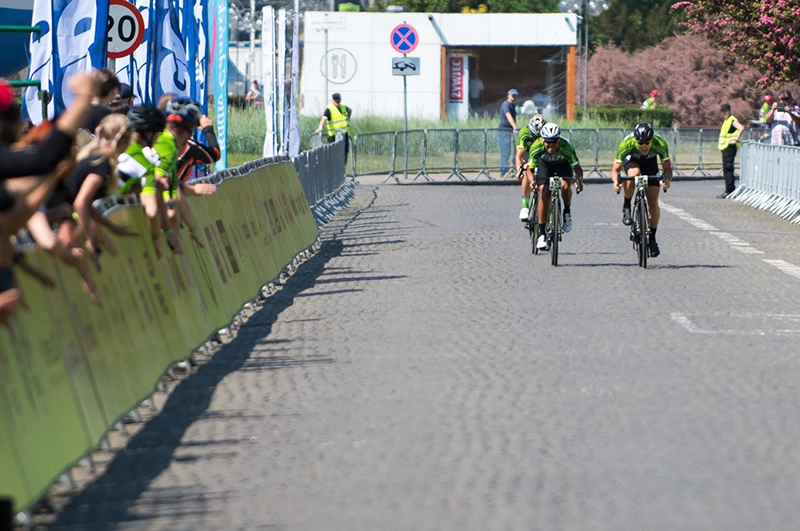 With 7 kilometers to go, Nestor decided to attack, breaking away from the group and causing the other three cyclists to play catch-up. The attack—combined with his earlier breakaway—forced Van Aken to fall behind, leaving only Nestor, Kulikowski and Kufel in a final push for the finish line.

“With less than 5 kilometers to go, I started to think about my next move,” Nestor remembers. “I am more of a climber than a sprinter, and the chances of winning in a sprint were really low. So I needed to avoid that scenario at all costs. Taking that into consideration, my best bet was to attack again and try to go solo in an all-out effort for the last 10 minutes. The worst can happen is to finish third, right?”

Nestor maintained his lead, but Kulikowski and Kufel stayed on his back wheel. The descent back into Gdynia featured several tight curves on cobblestone streets, so another breakaway was out of the question. One last turn revealed the final 500-meter stretch to the finish line.

“Here is where you must to find the best position to enter in the final meters,” Nestor says. “You must to be in the back using all the slipstream you can. The tension and the heat start to increase.”

With cramps setting in, Kufel started his sprint first. This was a very aggressive move with nearly half-a-kilometer to go. Faced with the tough decision to either match Kufel’s pace or conserve his energy, Nestor followed him, hoping to take advantage of his slipstream. Then Kulikowski gave chase, trailing Nestor closely. Nestor passed Kufel, but there were still 400 meters to go!

“The guy behind me counterattacked and started his sprint,” Nestor says. “There's no time to think, just to respond...So I sprint again and hold it with all my strength for like 45 seconds.”

Through incredible fatigue, Nestor did his best to keep up. But Kulikowski ultimately crossed the finish line first in front of the hometown crowd. Nestor finished just one second behind. Kufel rounded out the podium two seconds later. 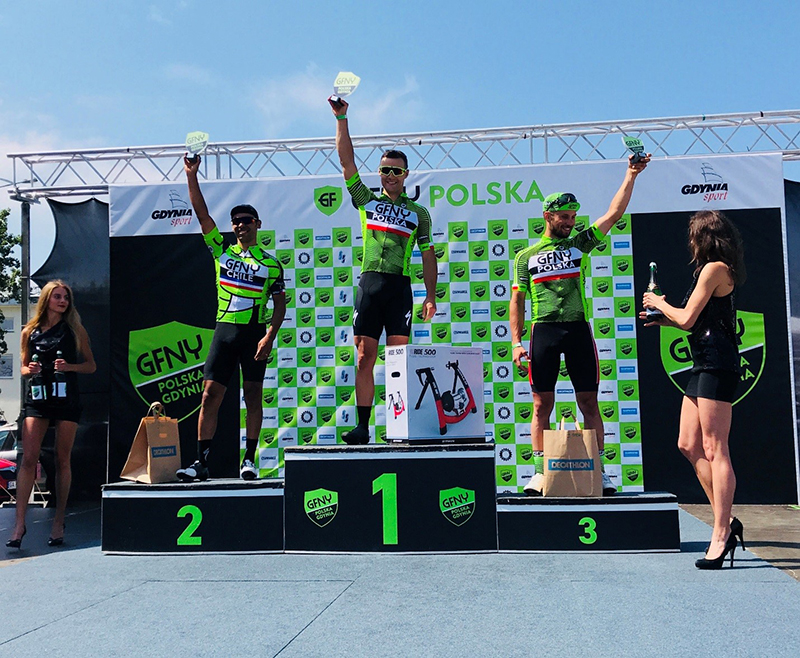 In spite of the close finish, Nestor is still thankful for the chance to build community, both at the Spinning® program at the fitness show in Warsaw, as well as at the amazing race that took place Gdynia.

“In races, everything can happen and with the decisions you make comes consequences,” Nestor concludes. “It is incredible how much you think about the decisions and the possible outcomes. This is very crucial, especially on the type of races where you ride solo without a team. A second place with a sweet flavor on it for all the learning I did and the friends I added along the way.”

What a finish! If you have similar stories of close races and photo finishes, please share them on the comments below on the Official Spinning® Facebook page!