See how the Spinning® Master Instructor broke even more barriers by becoming one of the first women to legally drive in the Kingdom of Saudi Arabia.

“It felt like the Berlin Wall just fell apart,” says Spinning® Master Instructor Fatima Batook when she crossed the border from Bahrain into Saudi Arabia on June 24th, 2018. She had made this journey nearly a hundred times before. On this day, however, it was her first behind the wheel of a car, not in the passenger seat. “It’s the kind of freedom I’ve been dreaming of ever since I was a child!”

Until 2018, Saudi Arabia remained the only government in the world to forbid women from driving. But after a decade-long campaign from the #Women2Drive movement, Crown Prince Mohammad bin Salman finally issued a decree that lifted the ban in the fall of 2017. The decree took effect last month, and Fatima was fortunate enough to be one of the first women in the Kingdom to receive her government-issued driver’s license.

“There were times where I thought this would never happen,” she recalls. “And when it was announced last year, it was a moment I was so eager to live and see the changes that’s happening for women in my beloved country. It’s more than just driving; it broke all the boundaries that always put women apart from men in Saudi. It gave independence and declared that we are equal!”

The ability to drive is just the latest in a number of female empowerment initiatives that Fatima has championed over the years. As the owner of Studio55, she established several women-only gyms that permitted Saudi women to work out in a safe and nurturing environment. It wasn’t easy, however; she hosted her own small, unlicensed classes from her home, as well as intensely lobbied government officials to ensure that women had their own space to improve their health and wellness. Studio55 now has two locations in Al Khobar and Jeddah.

Fatima also credits many of her fellow countrymen and women with helping her see this change through. She comments that, “The amount of pride and respect that my fellow male Saudis gave me crossing the borders made me feel so proud to be part of this change.” She also wants to shine a spotlight on Anwar, her friend and personal driver that helped ferry her around the Kingdom before the ban on women driving was officially lifted. 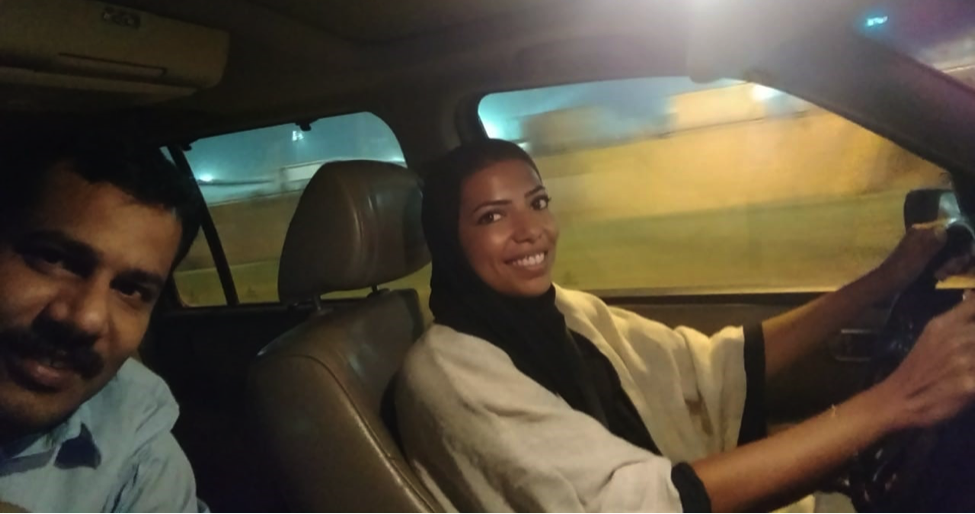 “Anwar was like my right arm,” she raves. “I couldn’t have achieved all these accomplishments if it weren’t for him. I’m blessed and privileged to have him as a driver, but I have to say that now I can drive in my own country, it just feels different!”

With this right to drive now enacted, Fatima hopes to continue inspiring women across her native country with Spinning® and fitness.

“Spinning® makes women feel good and look good,” she concludes. “Their self-esteem is raised and they are empowered in every other role that they play in their lives, whether it be in their families or their professional careers. It’s just the beginning to gaining many women’s rights in the Kingdom and I’m glad that it has started and grateful to witness it.”

We are so happy to see Spinning® Master Instructors help change the world! Please share your encouragement for the women of Saudi Arabia in the comments below on the official Spinning® Facebook page!