Yes, I’ll admit it. My training needs a little oomph from time to time. My rides are flat, and so too is my inspiration, but my abs are not. I figured a little more “go” might help my fat “go” too. So I headed off to the store for some motivation in a bottle.

And that’s when it happened. I got lost in the supplement aisle. Not physically lost , but hopelessly lost in what I was supposed to choose. There I was staring ridiculously in front of so many colorful bottles of Pump! Power! and Amp! I ended up Stumped! Stooped! And Scared! What was I getting myself into? 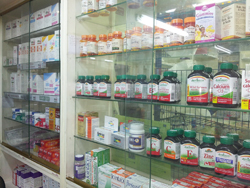 I pulled bottles of the shelves, read the labels and tried my best to pronounce the ingredients. I read directions, marketing blurbs and testimonials on brochures from amazing athletes that promised me if I chewed, drank or swallowed their product, I would be an amazing athlete too. Why yes, I would love to perform like a high level athlete.. Just think of the possibilities! Everything I read seemed to offer me my three wishes: more energy, more strength, and more power.

After dragging myself out of the supplement aisle, I realized I needed a game plan. So instead of running into another store, I ran home and did some research.

The word “supplement” itself says a lot about the purpose of supplementation. They are to be used as a complement, or enhancement, to our daily nutrition, not a “do-all, count on it to change my whole world” nutrition, meal or fitness replacement (sigh). So based upon my goals, there were three supplements that stood out to me, and here is what I learned. 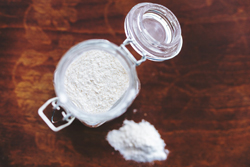 While nothing is a magic elixir that will change you from zero to hero, if you do the work, then Creatine can  give you that extra boost pushing you further. During strength training, creatine can help in allowing you to squeak out one, or more, additional repetitions that, over time, will give you a competitive edge. It may also help to delay fatigue during those higher intensity Spinning® rides, increasing the potential of caloric expenditure (Smith et al., 2007).

One of the most widely researched supplements, creatine is a small peptide structure made up of amino acids that is found in heart and muscle tissue. Translation: it’s produced in the body. Creatine is also present in certain sources of protein, including fish and red meat as well as eggs. However, you would have to consume a large amount of these foods (and calories) to receive the amount necessary to take advantage of creatine’s capabilities (thus the reason for people to supplement creatine). The primary role of creatine is to help the body replenish energy faster, or prevent energy reduction in a cell (Graef et al., 2009; Smith et al., 2011). It also has cardio-protective and neuro-protective properties – so your heart, brain and nerves can rest easy (Saks & Strumia, 1993; Matthews et al., 1999). So in summary, creatine can pack a punch to your workout routine. Some  side affects you should be aware of are stomach cramping (if you are dehydrated) and diarrhea if you take too much creatine at one time (Groeneveld et al., 2005). In addition, because it brings more water into cells (also called volumizing), creatine can also lead to weight gain. So keep that in mind if putting on weight isn’t your goal. If you are interested in proper dosages, experts recommend taking 0.3g/kg bodyweight for 5-7 days, then follow with a minimum daily 0.03g/kg dose indefinitely (if you aren’t cycling dosages) (Jäger et al., 2008). 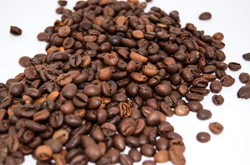 Caffeine has been picked up more times in the supplement world than any other “performance enhancer.” And there’s good reason for that, but it’s not for everyone. Caffeine is considered a stimulant that is commonly used to increase strength and endurance (Magkos & Kavouras, 2005). It has been shown to increase cognition and mental alertness as well (Barone & Roberts, 1996), but its super powers are limited by a few factors: tolerance and genetics. Too much coffee (think daily ingestion) can increase one’s tolerance to the stimulant over time, decreasing caffeine’s effect in the body (Heishman & Henningfeld, 1992).

Whether caffeine works for you may also be attributed to your parents, as well as their parents. Genetics is now showing variable resistance to caffeine, i.e. metabolism, and therefore makes caffeine hard to study because of the inconclusiveness of many studies (Barone & Roberts, 1996). Some studies show it metabolizes quickly and others slowly, causing issues like nausea, dizziness or irritability (Barone & Roberts, 1996). Experts suggest that you determine your safe amounts through trials, starting with low dosages to understand your tolerance. Green tea, coffee or caffeine supplements provide dose information. Just remember that caffeine’s job is to stimulate, so don’t supplement too soon before bedtime or you’ll be buzzing versus snoozing. Also, individuals with high blood pressure or who are sensitive to stimulants should refrain from taking caffeine as a supplement. 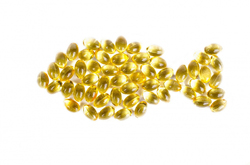 You might be asking yourself, “What in the heck does fish oil have to do with performance? How does it give me more energy or more strength or power?” While it may not provide you with the same benefits as creatine and caffeine, don’t downplay this little superhero. I learned that feeling blah before or after workouts might have something to do with recovery, or in my case, not recovering well enough. Fish oil is a common source for the omega-3 fatty acids eicosapentaenoic acid (EPA), docosahexaenoic acid (DHA) and docosapentaenoic acid (DPA). While you may not feel the effects of ingesting fish oil right away, you’ll see its wondrous powers over time. The biggest power observed in fish oil studies is its antioxidant capabilities (Behan, Behan & Horrobin, 1990; Smuta et al., 2009; Tvricka, 2011). Antioxidants help combat free radicals (toxic players in the body) and help reduce inflammation. All in all, this means you can recover faster and stronger – with less down time. So while it doesn’t give you immediate satisfaction, it’s a pretty powerful support supplement you should think about adding to your diet. However, as with any of the supplements talked about here, you should discuss supplementing fish oil with your doctor. While it can be a great friend to your training, it does interact with other drugs, and you’ll want to know all the possible side effects.

I think we all know there are no magic pills that will transform us into professional athletes, but who wouldn’t want a little more push here and there? No matter what, nothing substitutes wholesome nutrition. And if you aren’t feeling yourself after a lot of training, then first look at the food you are eating (or aren’t eating). If that’s on par and you still need an engine booster, you may want to try one or more of these listed above. Just be safe and use them in moderation!For more workout and nutrition tips, sign up for our newsletter!